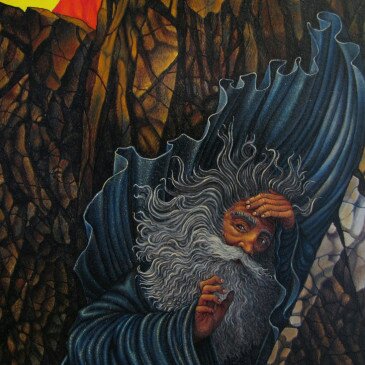 So, lately I’ve found myself spending a lot of time in the Old Testament, pouring over the stories and sagas of Noah, Jacob, Joseph, Moses….

In the shower the other day I  was thinking…..because I do my best thinking in there…

About Moses writing the first five books of the Bible.

Sitting alone with the Almighty One, writing down every word that thunders out of His mouth?

Being the first human to learn about Adam and Eve….the first to hear the awful truth about how sin entered the world and cursed us all…

The first to hear the heart-ripping story of betrayal of Joseph’s brothers, and the miraculous forgiveness that followed….

Being told what to write about his OWN awesome contribution to the Story.

Isn’t that crazy to consider????

So, when I  got out of the shower (😊), I went immediately to my Bible and read the last chapter of Deuteronomy,  the last piece of writing he ever did ( except Psalm 90). In it , is the following verse:

I’m not sure if God let him write about his death before it happened, or if Joshua took over and wrote the rest of the chapter.

But look at verse 6!

I mean, I’ve read the Bible alot over the years, especially before my stroke, so there’s a chance I saw it before and forgot. But, do you see it?

God buried Moses, and He’s the only one who knows where his body lays. It is the craziest, coolest secret

Is it just me who is floored by this??

His very own son….

He left His body to be tainted by the hands of the sinful men ( that’s the only kind of man there is) who buried Him.

This ordinary man, with whom He must have spent literally YEARS,  telling the story of the birth of the beautiful grace of God…

This human who God used to miraculously save an entire People!

This mortal, who literally knew the Creator’s very FACE!!!(Deut.34:10)

He was special to the Father.

So special,  He chose to bury him in a secret place.
I guess the reason this verse moves me in such a way is that He is such a PERSONAL God.

God’s heart broke for Leah, because when He saw “she was unloved, He opened her womb.”(Gen.29:31)

He loves us each so personally….

You know, alot of people say the Word is a “roadmap”, or a “manual for right living”.

It think it’s a story all about God.

But as much as it’s a story about who God is, it really has to be just as much a story of His great, unsurpassed, complete UTTER LOVE for His chosen people!

That’s you.
That’s me.
What a beautiful God is He…